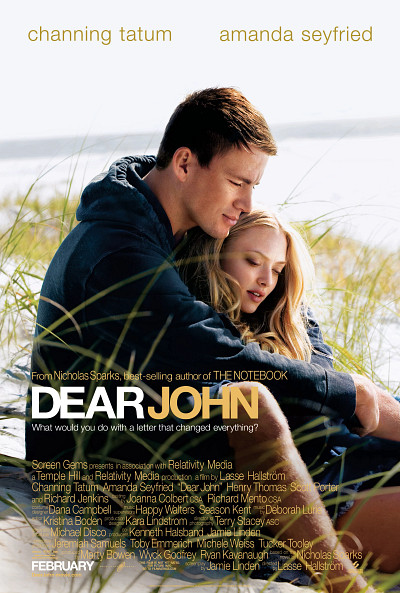 The story of John Tyree (Channing Tatum), a young soldier home on leave, and Savannah Curtis (Amanda Seyfried), the idealistic college student he falls in love with during her spring vacation.  Over the next seven tumultuous years, the couple is separated by John’s increasingly dangerous deployments.  While meeting only sporadically, they stay in touch by sending a continuous stream of love letters overseas--correspondence that eventually triggers fateful consequences.

“Dear John” has the distinction of being the film that broke up “Avatar's” box office reign at No. 1.  It also ranks as having the second highest-grossing opening ever during a Super Bowl weekend.