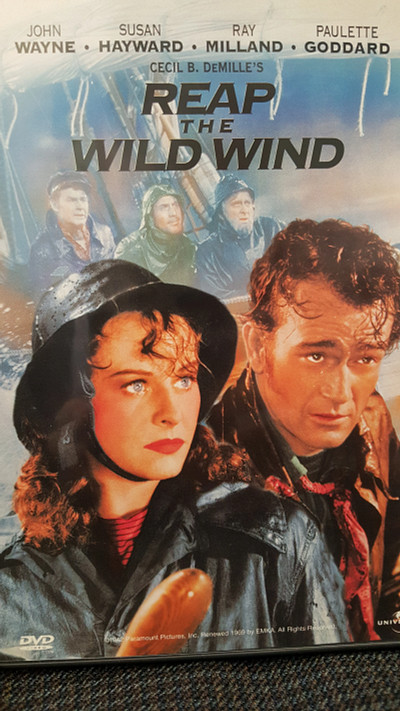 In 1840, America's line life is the sea, with an intense commerce. In Key West shore, two ship savage companies dispute the wrecked vessels. The honest one belongs to the impulsive Loxi Claiborne and Capt. Phil Philpott and the other one is owned by the unscrupulous pirate King Cutler. While rescuing the crew of the ship "Julliete", wrecked on the reeves by the First Mate Mathias Widgeon, Loxi falls in love for Captain Jack Stuart. She travels to Charleston to defend Jack and convince the ship owner to give the position of captain of the new steamship of the company, manipulating the powerful shipping company lawyer Steve Tolliver (Ray Milland), who also falls in love for her. This triangle of love leads Jack Stuart to bad and fatal choices.

Eight weeks were spent on production in Charleston, Key West, and off the Florida cape.  In Charleston, the troupe found historic Church Street, which looked just as it did 100 years ago except for the presence of telephone wires, poles, and fireplugs.  The city oblingingly took down the wires and allowed the poles and hydrants to be concealed with vegetation. For three days several hundred Charlestonians donned the costumes of their ancestors and worked in scenes as extras. Four separate camera units were used on the many locations.