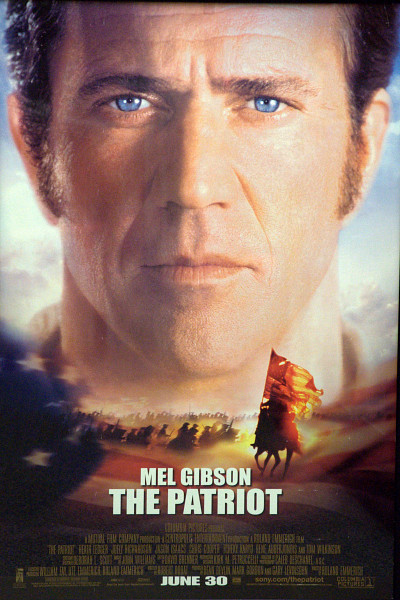 Peaceful farmer Benjamin Martin is driven to lead the Colonial Militia during the American Revolution when a sadistic British officer murders his son.

Film Facts:
Cast & crew were in SC for over 7 months; principal photography took 90 days to complete
Production hired 22,100 extras throughout the filming
3,000 pairs of stocking were used
Over 2,500 hand-rolled beeswax candles were made especially for the film
Over 30 miles of kudzu was used to make 300 hand-woven baskets, and to wrap 180 barrels.

Nominated for three Academy Awards in 2000, including Best Cinematography, Best Original Score and Best Sound, by the Academy of Motion Picture Arts and Sciences.